New stitch guides and a stitch for you

I'm back home from Michigan, and went directly into stitch guide writing mode. Sorry for being so quiet. I know that's not a good thing.

Here are the stitch guides for my next teaching event at Beth's Needlepoint Nook in Louisville, KY.


Look at the Amish Quilts and Wild Horses by Danji, 4 Sandra Gilmore canvases (a record!), 2 Strictly Christmas stockings (another record!), Puppy Dogs x2, Many Birds by Zecca, and No Name Chicken... oh, my!

I do plan on writing a wonderful review of my time at Peacock Alley Needlepoint. We sure had fun.

So until then... here's a stitch for you. Let me know where you see it being used. 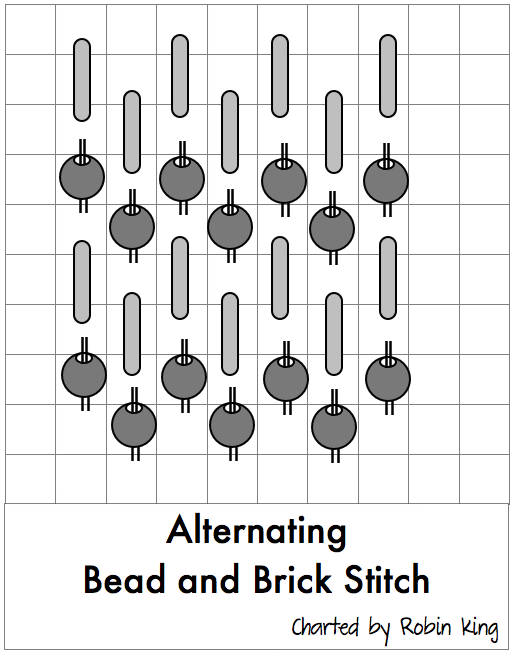 The "Cone of Silence" has been lifted. The models have been stitched. The stitch guides have been written. I am pleased to let the Blog readers know the Towne Square Club is ready for its reveal. This is a collaborative effort by Ruth Schmuff from Bedecked & Beadazzled with stitch guides by Robin King.

A long time ago... the youthful "Ruthie" asked Robin to stitch models and write the stitch guides for her latest project: a needlepoint village. Robin was honored to be asked, took on the task, and entered the "Cone of Silence."

But then, Robin got busy. Her stitching on the village continued, but also taught at TNNA, edited/produced DVDs for Tony Minieri & Amy Bunger, began traveling and teaching at needlepoint stores, began writing stitch guides for customers, and tended to her cats.

The months turned into years. Ruthie was very, very patient. Finally, the last stitch was made. The last word was typed. Robin stepped out of the "Cone of Silence." The Towne Square Club is ready.

Here are some photos of the finished pieces as seen on Ruth's blog, It's not your Grandmother's Needlepoint along with her commentary... and some of mine.


The Towne Square Club begins shipping in October 2014. There are 12 shipments, and on the 6th and 12th months, you will get a second shop at half price. Give Ruth a call. Everyone loves to receive a package in the mail... especially from Bedecked & Beadazzled.

Well, that's about it for now. Need to check on the other projects which need tending... and the cats, too.

Needlepoint Study Hall is the collaborated efforts of Robin King and Peggy McGowan. Needlepoint is our passion. We love to share and inspire you through this blog. 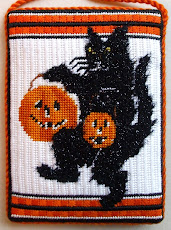 This cat is jumping for joy because Robin King is a regular contributor to Needlepoint Study Hall. (canvas by Melissa Shirley)

Say you want to post a comment or ask a question on this blog. Say you what the post to sign your name rather than being Anonymous. Create a Google account! It is free. You do not have to answer all of the questions in the User Profile page. But under display name put your name or your nick name. For example, you may want all of your comments on this or any other Google blogger site to be signed "Long Tall Sally". That is the name you put into your display name. You will have to sign in to your Google Account each time you want to post with your name or nick name. You will be prompted to sign-in, so have your user name and password handy.
To create a Google Account
go here: Create a Google Account